Why Is A Coolant Important For The Engine? 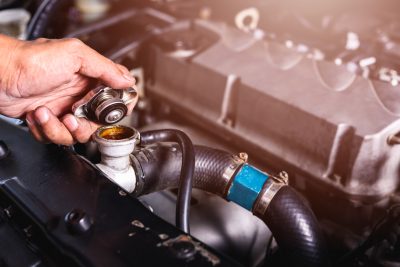 The cooler the engine, its fuel efficiency, and performance are much better. Of course, all engines get hot while running, and this results from the ignition of fuel in the combustion chamber. Nonetheless, it should be noted that some engines are unusually hotter than others.

But why are some engines hotter than others? One reason is the lack of coolant. Introducing coolant does a lot of good things for the engine. Read this article if you want to know why.

What Happens To A Car Without A Coolant?

Contrary to the popular notion that a car can’t run without a coolant, in some countries like the Philippines, car owners skip putting coolants and rely on water alone to keep their car engine cool.

However, this practice is only acceptable for cars installed with older engines. If done on newer models with more powerful engines like the Toyota Hiace or Ford Ranger Raptor, the lack of coolant can shorten the engine lifespan.

While running, engine components make contact with each other. This contact causes friction. And when friction is present, heat is produced afterward. What a coolant does is pick the heat that friction deals each component with. Thereby, making the engine run cooler ( but not cool enough to the point that you can touch it)

Basically, what a coolant does is protect the engine components from heat and the damage that it causes. Engine problems that heat causes are misalignment of the pistons, marring of the cylinder, misfiring, ignition failure, etc.

What Happens To The Car If You Run It Without A Coolant?

The latest models of cars today (especially those using port injection or direct injection) are installed with an ECU, which doesn’t only monitor fuel to air ratio and electronic, but the engine temperature as well.

Without a coolant, a car’s engine can get hot – too hot for the optimal temperatures programmed by the manufacturer into the ECU. When this happens, the ECU may decide to turn the engine off by cutting the supply of electricity into the ignition or make the injectors non-functional. This will make the car stall and not run again even if the engine is in good condition.

Without a coolant picking heat off from the engine’s components, each component will become hot. Note that the heat that each produces is enough to raise the temperature of the engine to the point overheating happens.

Overheating is a scenario that’s dreadful and sad. It is doe a lot of damage to the engine. An overheated engine needs a complete overhaul to run once again wherein all the parts will have to be replaced and tuned.

How Do You Put A Coolant On An Engine?

You have to put coolant on the engine. However, you shouldn’t introduce it alone. Meaning that you don’t pour a bottle of coolant into the radiator without diluting it with water. According to experts, the best coolant to water ratio is 50:50 (half a liter of coolant mixes to half a liter of water, for example).

So that’s it! Coolants for cars are very cheap. With that said, buy one and prevent your car’s engine from getting scorchingly hot.

Feel free to stop in and visit Car Guys Auto Center today or give us a call at (586) 285-4444!  We would be happy to answer any auto-related questions you may have.  We are located at :